This post is the first of seven posts covering the latest season (season 7) of Game of Thrones. If spoilers, including material from the books and fan theories aren’t your thing, you might not want to scroll down too far down

As I jotted down my outline for this post, I ended up thinking about how my relationship with Game of Thrones and indeed, the larger A Song of Ice and Fire series has evolved over time. Some of you might recall that I began this blog more than 6 years ago (though WordPress won’t show it since I’ve migrated it a couple of times) as an ASOIAF re-read blog. That was the deepest I’ve ever been into any fandom and when the Game of Thrones HBO series was announced, I was cautiously optimistic. The first season wasn’t perfect, but it felt familiar and I felt reassured that the series was in good hands. In the years that followed, there were a number of missteps and questionable creative decisions but nothing that irked me enough to revoke my approval of the work that the series was doing in showing some of the complexities of the books. I don’t think I was particularly harsh as a critic either – I was rather understanding of the challenges of moving A Song of Ice and Fire into a visual medium, the problems with losing a character’s thoughts in a world were duplicity is common enough. All that while, the wait for The Winds of Winter continued. Keeping faith was easy enough in the early days – I had never expected a release before 2015, anyway. As 2015 faded into 2016 though, the realisation began to dawn on me. Much like a child who slowly understands that his father will not, in fact, be returning from his trip to the store, I slowly began to reach the conclusion that The Winds of Winter will not, in fact, be published. No, not that it won’t be published before the end of the television series – that it won’t be published at all. My conclusion could well be wrong – I hope it is – but the writing was on the wall, as far as I was concerned. Whatever fire pushed Martin to produce the first five volumes of his saga had burned out and even if Winds was published, it would be a pale shadow of what it could have been. Unfortunately, this was the same time that the television series began to lose it’s way too. Seasons 3 and 4 had been the high points of the series; in Season 5 it began to collapse after the dual blow of running out of Martin’s material and a desire to continually up the narrative ante. Season 5 was a disaster; Season 6 offered some little hope but even by then, the voice relating the story to us was no longer Martin’s. This new voice was using characters from Martin’s universe, characters that it knew the audience would recognise to tell it’s story and whether or not that new voice’s story is the same story that Martin wanted to tell, remains unclear to me even now.

It shouldn’t come as any great surprise then that I waited for Season 7 of Game of Thrones with decidedly mixed feelings. The final half of Season 6 itself had seen a shift in the way the story was being told. There was no time, apparently, for the depth and intensity of the small scenes – scenes between a couple or a small handful of characters where the audience can come to see them as real people. I’m talking about scenes like Catelyn confessing her hatred of Jon, Jaime explaining himself to Brienne, or even Robert and Cersei discussing what could have been. Had the time for characterisation ended, then? It seemed like it – the series apparently decided that the focus needed to shift to larger than life events; epic battles, high drama over teen suicides and even magical explosions. None of these things were really missing in the earlier seasons; rather, however, they were not the primary focus and the abundance of those ‘small’ scenes made the world feel real and lived in rather than simply just a setting for the series. Perhaps I’m asking for too much; perhaps, at this stage in the story, the narrative lens can no longer afford to be trained on individual character interactions and perhaps, this is exactly how Martin would have done it. That question is neither here nor there, but that was my frame of mind before I watched the first episode of the season. 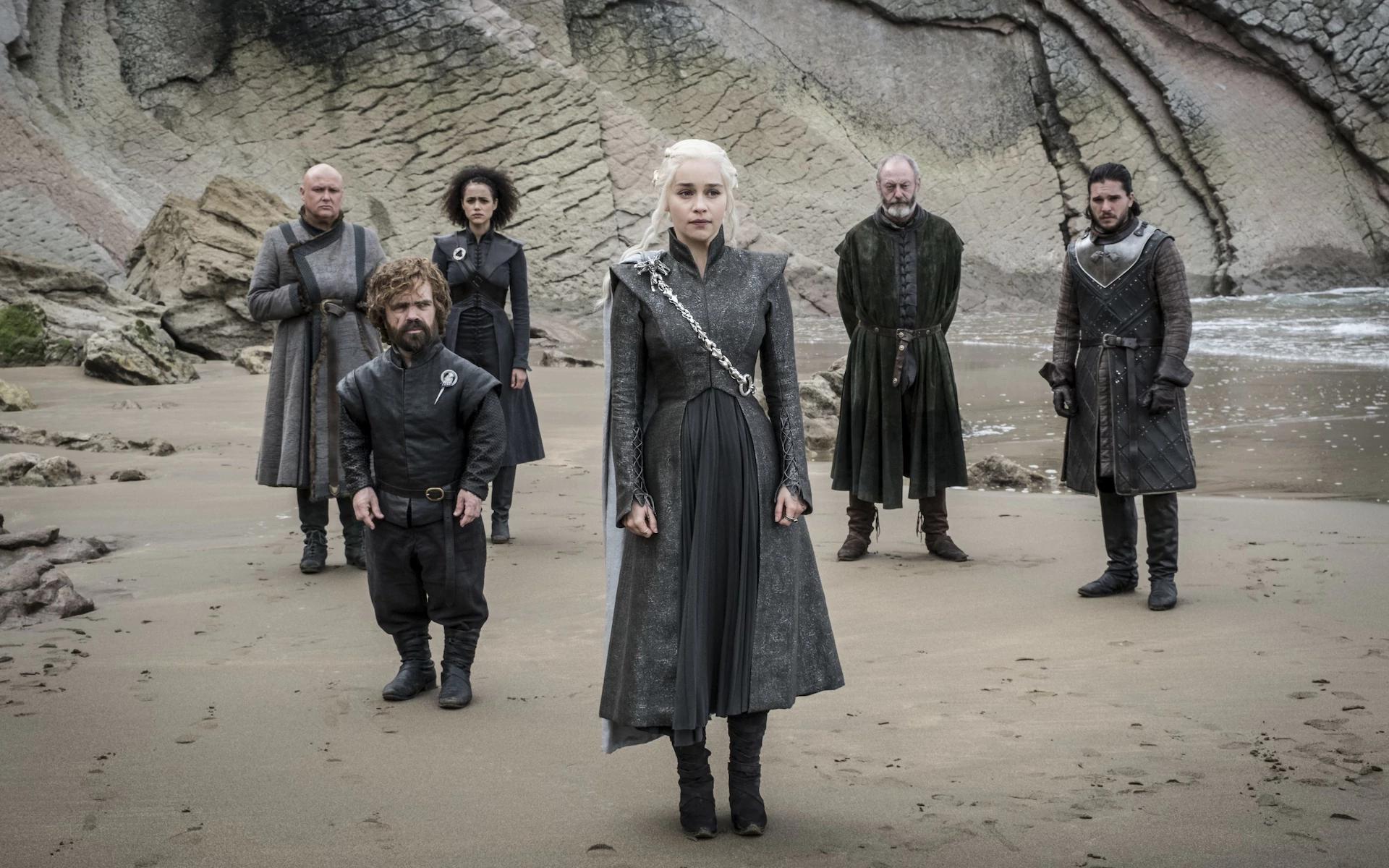 Having said all that, it might then surprise you to hear me say that I didn’t hate Season 7. It has a million issues – from the character assassinations (both literal and figurative) to the pacing to the illogically convenient decisions made – but for all that, if I admit to myself that this ending will be the only ending I will ever get, I have to admit that it could have been done worse. I say that with no small degree of frustration because each time I think that it could have been worse, I also end up thinking about how it could have been done so much better. With that in mind then, let’s run through some of the season’s greatest weaknesses before we go back what few story-telling victories it can claim for itself. (Edit: originally, there was a sentence here that said that I won’t be going through every little fault. That turned out to be a lie, so that sentence no longer belongs here) 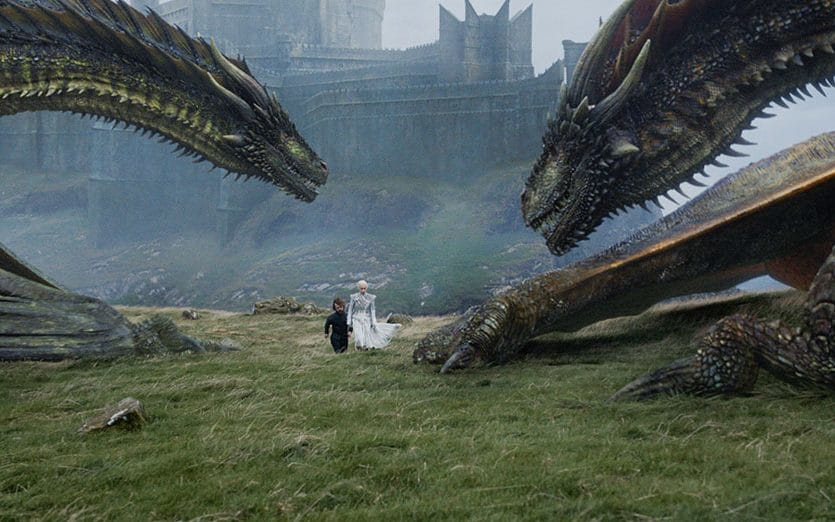 Look, I know that was a long list and I know that the show simply does not have the run time or the resources to show the audience literally every single occurrence from the travel to the minor conversations between characters. I get that – but my point is that the way it’s being done right now isn’t cutting it and there are ways to do it better. The writing is a serious weak point and it is all the more glaring given that the audience has been exposed to better writing from this show in the past. Martin’s skill as a writer was born from his creativity, not his turn of phrase – his style isn’t particularly poetic, I mean, ‘fat pink mast’, diarrhoea on dragons, really? – but one thing he did very well was embed meaning and symbolism into his world. So many simple events in the books had parallels to later events, so many lines of dialogue resonated – not because they were objectively pure poetry – but because they captured the essence of the  world and the characters. Compared to that, hell, even compared to the dialogue from earlier seasons, the dialogue this season  has been laughably clumsy, torn straight out of the worn out tropes of television writing. It’s barely the level of a cheap 90s ABC sitcom, let alone a premier cable network. Remember the fiery intensity of Tyrion’s trial? Theon’s confessions just as he is captured by Ramsay? Hell, even the Hound and his damned chickens? And no, I’m not choosing to ignore the botched ‘Blood and Fire’ and ‘Only Cat’ lines but it just seems like early seasons had better dialogue, and harder hitting moments. Given that we’re near the end of this journey, you would think that they would serve better fare. 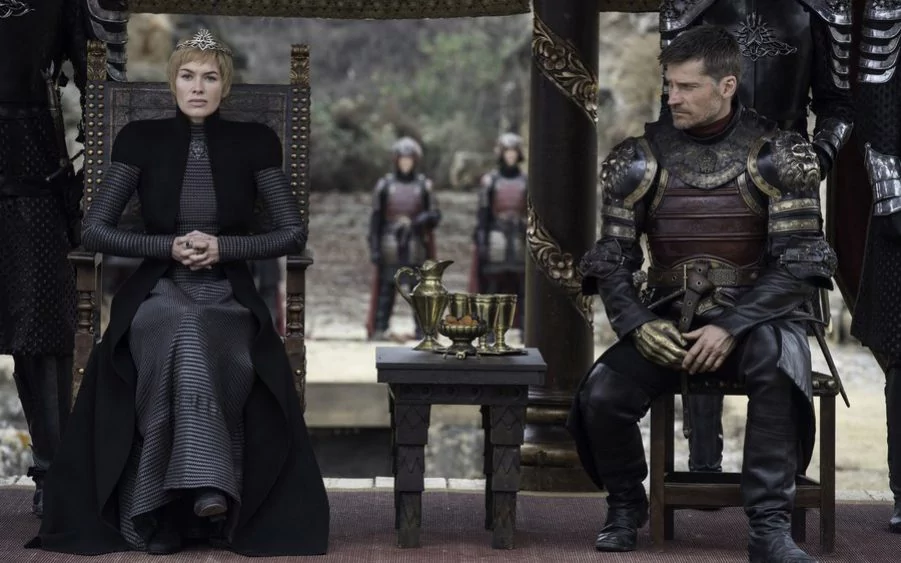 Right, as for the good stuff, well…look, it’s there but it’s going to come across as sentimental and wishy-washy compared to the all too tangible shortcomings of the season. Most of my reasons for watching and yes, enjoying this season are because I’ve been waiting for a resolution to this story for so long. No, I haven’t waited since the first book came out so I know others have it worse but still, it was hard not to wait to see what would happen the next week. Game of Thrones for me went from being intriguing and absorbing to just being entertaining; it was like Pacific Rim, I now watched it because I wanted to see things blow up and action happen. I was no longer engaged in the characters and their stories; not really, anyway, in the same way I was in earlier seasons. Yet, there was enough to enjoy this season, including three excellent scenes : 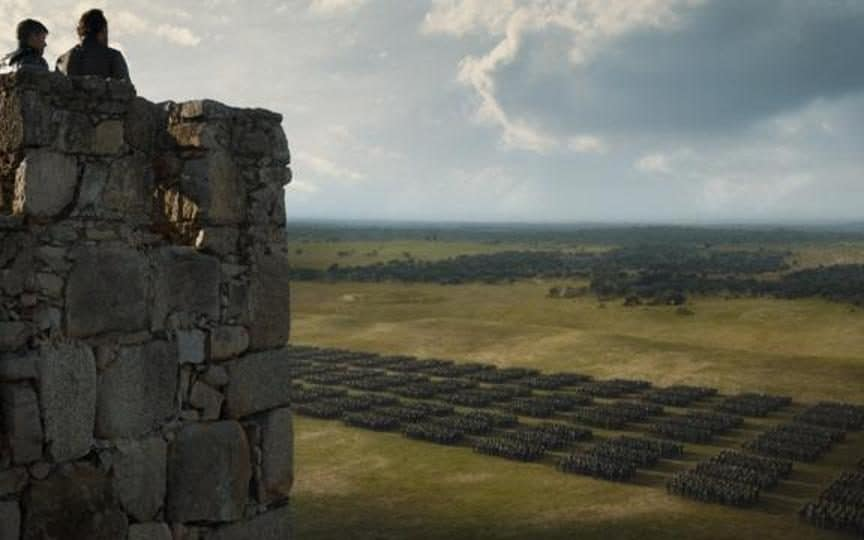 Some final thoughts, then, on this season and how it played out. I get the feeling that the writers had a skeleton outline of all the key events that needed to happen this season. These would be events that absolutely had to happen this season in order to wrap everything up by the next. It resulted a disjointed narrative because most of the smaller scenes that were needed to connect those bigger moments ended up neglected and not getting the narrative focus they could have benefited from. The result was that the world of Westeros felt oddly empty. I didn’t feel like this vast expanse of land with different cultures and different political identities. Dorne and the Vale have been forgotten. The Stormlands have been forgotten. The Iron Islands have been forgotten. I don’t mean the characters themselves but watching this season, you could be forgiven for thinking that these places were abandoned and no longer exist. Essos has been forgotten too – the story’s focus has become restricted to a small number of key locations and given that it is a visual medium, it is hard not feel like those locations are all that exists. The fast travel between locations only exacerbates this. Perhaps this is the natural result of being where we are in the story, I don’t know, but I do know that the story’s scope is shrinking, in an uncomfortable way.

That’s it from me for today – I want to do a speculations for season 8 post, but this post is already long enough. I should have the next post up on Saturday. As for the anime next series, I’m heavily leaning between Stein’s Gate and Fullmetal Alchemist Brotherhood. That’s still maybe a week away though; I have a small backlog of books I want to cover before I do the next anime.

As always, you can support the blog in any of the following ways: