This post is the sixth of seven posts covering the latest season (season 7) of Game of Thrones. The previous posts can be found here, here, here, here and here. If spoilers, including material from the books and fan theories aren’t your thing, you might not want to scroll down too much further down

Have you ever considered what a spin-off of Game of Thrones with Melisandre, The Hound, The Mountain, Jorah Mormont, Bronn and Beric Dondarrion would be like? Think of it – a group of ragtag, homeless, House-less mercenaries roaming Westeros and pledging their swords to whatever cause they see fit. It’ll be like The Expendables but with more swearing, more sass and possibly more complex moral dilemmas and character development. I didn’t know that I needed this until right now. This post, unfortunately, is not going to be looking at the commercial and narrative viability of a such a spin off. Instead, it will look at several of those characters and where their story is going. Unlike the characters discussed in previous posts, however, these characters are the stragglers of their respective storylines; they may or may not even get resolutions to their arcs. We have some, vague clues about where some of their stories are headed, but nothing concrete just yet. That gives us a lot of room to get creative; except that there is the one huge overarching constraint of the impending end of the season and the fixed number of screen hours left in the series. 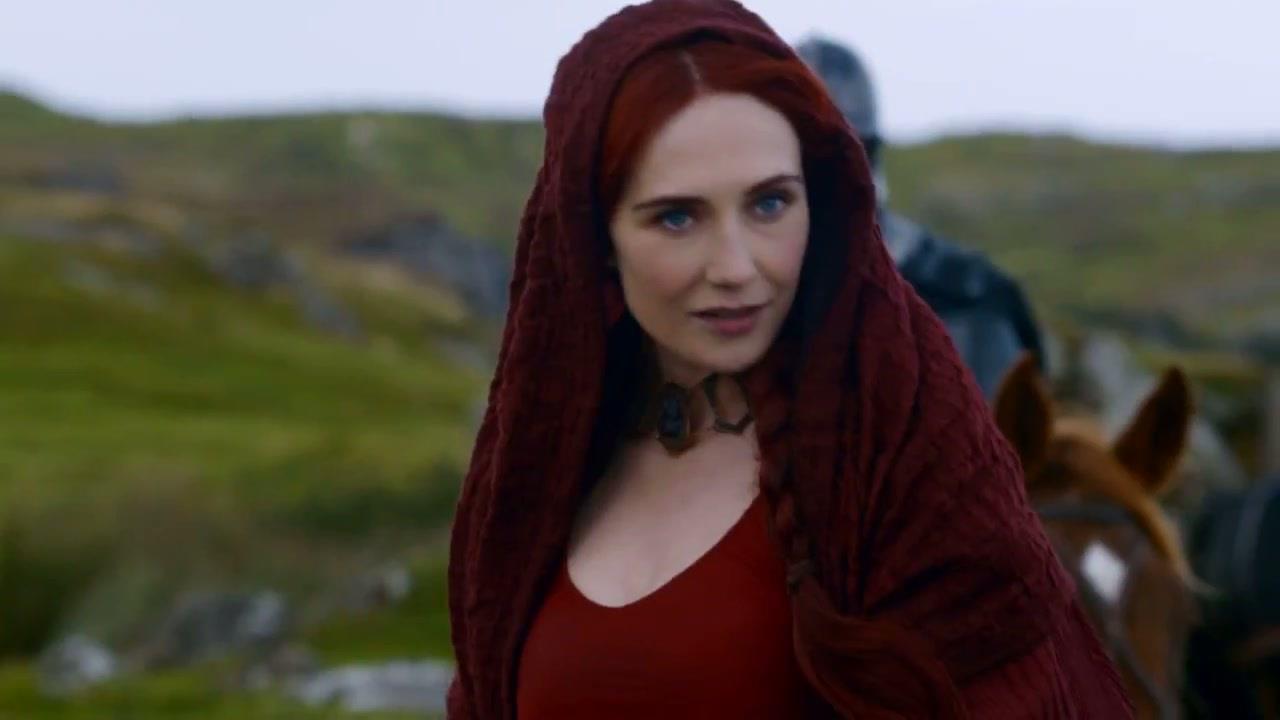 The Wildcards II – The Lads, The Witch and The Wildlings

Of the character endings that we know the most about, I think I’d put Melisandre, The Hound and the Mountain in a slightly different category from the rest. These characters have been around longer and have been featured more prominently than the rest and arguably have a bigger role to play in the story. Of the three, I think Melisandre might be the most interesting – we’ve seen very little of her throughout Season 7 and her character’s history has been the source of much speculation in the fandom. Melisandre has powers that we don’t know of, the Red Priests have some semi-mythological knowledge of the Great Other that could be useful as well and Melisandre has connections with many of the other characters that could ultimately bring some complications into the situation. In Melisandre’s case, we know that she will die in Westeros – based on her own cryptic words this season – but we also know that she is on Arya’s hit list and that Davos is none too fond of her either. Should Brienne find out that Mel is responsible for the shadow baby that killed Renly, I imagine the Mel’s day would be quite numbered. The only potential ally she has in Westeros is in Beric – who is in need of a new companion of faith – and Jon, who is ambivalent about the whole thing at best. Still, with her knowledge and power, she could be a very useful ally.

The Hound and Mountain sort of need to go together in this one. Look, I don’t have any opinions about CleganeBowl alright? I’m not trying to be a Hypeslayer – but at this point, I just don’t see what the point would be. CleganeBowl was hype when the stakes were higher; in a trial by combat scenario where Cersei’s life hung in the balance or something similar. If the Hound has to hack through the Mountain just so that Jaime or Tyrion can get to Cersei, that just doesn’t do it for me. The final episode of the season hinted that the enmity between the brothers is alive and well (or, as alive as it can be given that one of this is technically dead). Perhaps that’s just a nod to the fan theories or maybe it’s some kind of weak foreshadowing; either way, I don’t see Gregor coming out of Season 8 in any shape or form. The Hound’s fate is less certain; I feel the character has come too close to dying already for the story to end up killing him now. Nothing he has done since his fight with Brienne has been vital; most of it could have been done by any other character. In a sense, I suspect the only reason he is being kept around is because he is a familiar face that the audiences will recognise.

Jorah, Bronn and Beric can all safely be grouped into what I call the ‘Truly Expendable’. Despite everything he has been through, I just can’t see Jorah surviving the winter. It’s a shame too – the man’s been through a lot and it really sucks to recover from a deadly disease only to die shortly thereafter but perhaps he can get one or two final acts of bravery in. I can’t decide what the best way for him to die would be; should he go down fighting the Others and make his dead daddy proud? Or should he die protecting his beloved queen and thereby forever cementing his status as the Knight of the Eternal Friend-Zone? There is a possibility, of course, that he lives and becomes part of Jon and Dany’s Kingsguard/Queensguard or whatever that bodyguard group will want to rename itself, but honestly, that would actually be a step down for Jorah’s character. I think he’s earned a good exit, let’s not rob him of the dignity of that. 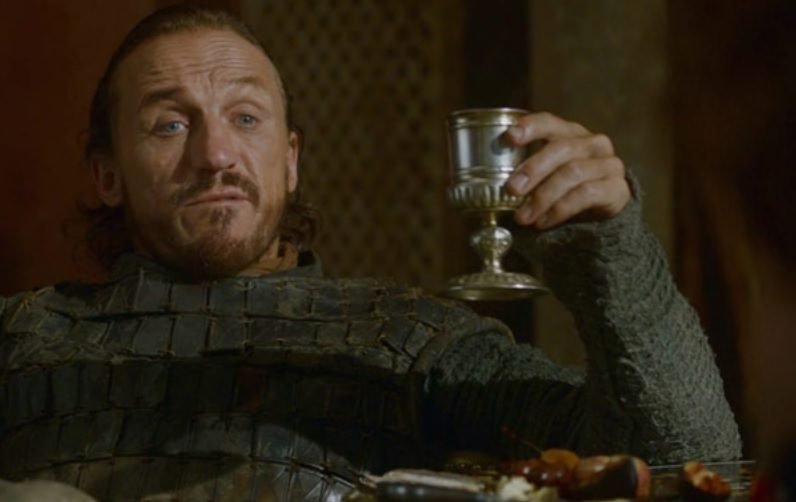 On the other hand, Bronn is a character that I can definitely see surviving well past Season 8. Bronn, like Tyrion, like Brienne, is a fighter and a survivor – and a fan favourite to boot. I’m not sure when exactly Bronn will bail on Cersei and King’s Landing but I can definitely see it happening. Perhaps he will follow Jaime and buy him some goodwill with Tyrion, or perhaps, he will just show up and offer to help – he’s a small enough character in the larger scheme of things that that would be acceptable. I would like to see the old Bronn – Tyrion bromance reignited; their partnership in Season 2 and A Clash of Kings was one of my favourite parts of that section of the series. I can most definitely see Bronn chilling, once the series is done, in a nice big castle once occupied by a mighty House, taking the piss with anyone who passes by.

Compared to Bronn and Jorah, Beric is not just a much smaller character but he’s also less fun – yes, even less fun than Jorah. Beric is all religious fervour and strict virtue, which is fine and all but it doesn’t make for the most interesting, multi-dimensional character. In all honesty, I’m surprised that he made it this long – even without the Lady Stoneheart storyline, I expected someone to put Beric out of his misery long ago. The only potentially interesting thing that could happen to Beric is if he happens to run into Melisandre again, but even then, I don’t see him surviving. In fact, I can see him falling fairly early into Season 8 – he’s just excess narrative baggage at this point and the story is shedding characters like him quickly. Perhaps he dies passing his flame on to someone else, but more likely, he will have one final major act left in him – as he mentioned this season, it’s unlikely that the writers kept him alive so long just to have him die to a random wight.

Last and sort of least, we have the Wildlings. The Wildlings as a collective has become diminished to just Tormund at this point and Tormund’s character depiction has slowly become what it was in the books – a fierce fighter but also a solid source of humour. I have mixed feelings about Tormund’s chances in the next season. On one hand, I do think of him as a ‘survivor’ if in a different way from Bronn and Tyrion. On the other hand, however, his death would be a good way of signalling that the stakes are rising – he is exactly the sort of recognisable but ultimately unimportant character that can be sacrificed in such an occasion. In the end though, I come out in favour of him surviving; his bond with Jon could spell a closer partnership with the people he calls ‘kneelers’ in the future and without him, the Wildling faction totally disappears from the narrative. It’s not really a compelling reason for him to be alive, I’ll admit, but it’s kind of all we have. I also have no opinion on this bizarre Brienne-Tormund ship. There is another question to be asked here about whether a new wall will be built (or planned) by the end of the series, but I think that question will be better answered in the next (and final!) post.

In the next post, I’m going to do an episode by episode look at how Season 8 will go. This will involving some mixture of theory-crafting, wild conjecture and multiple scenario projection. It will be complex, time-consuming and kind of a mess – I just hope it will also be as much fun as I thought it would be when I started this series of posts. Somehow, I suspect not.

As always, you can support the blog in any of the following ways: